Currently, I only analyze fdroid applications. To do so, I use a set of scripts you can find here. The language name is the name of the locale on android, so it is basically <language-code>-r<territory-code>, or simply <language-code>. Some other names also appear to be used, but only by very few applications, because they're probably a mistake (they shouldn't be recognized by android I think).

You can download the raw data, or you might want to visualize them as a big table.

This graph represents the evolution of a specified language, in number of apps in a specific state. A silent bug prevented the analysis to run for a few months, until it was fixed again on February 5, 2020, so the data starts from that time. You can select your language from the list below: 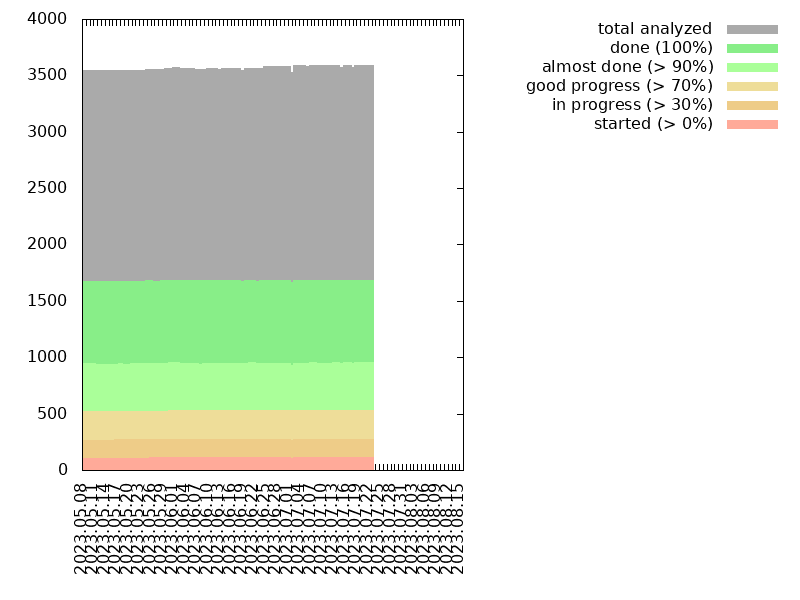